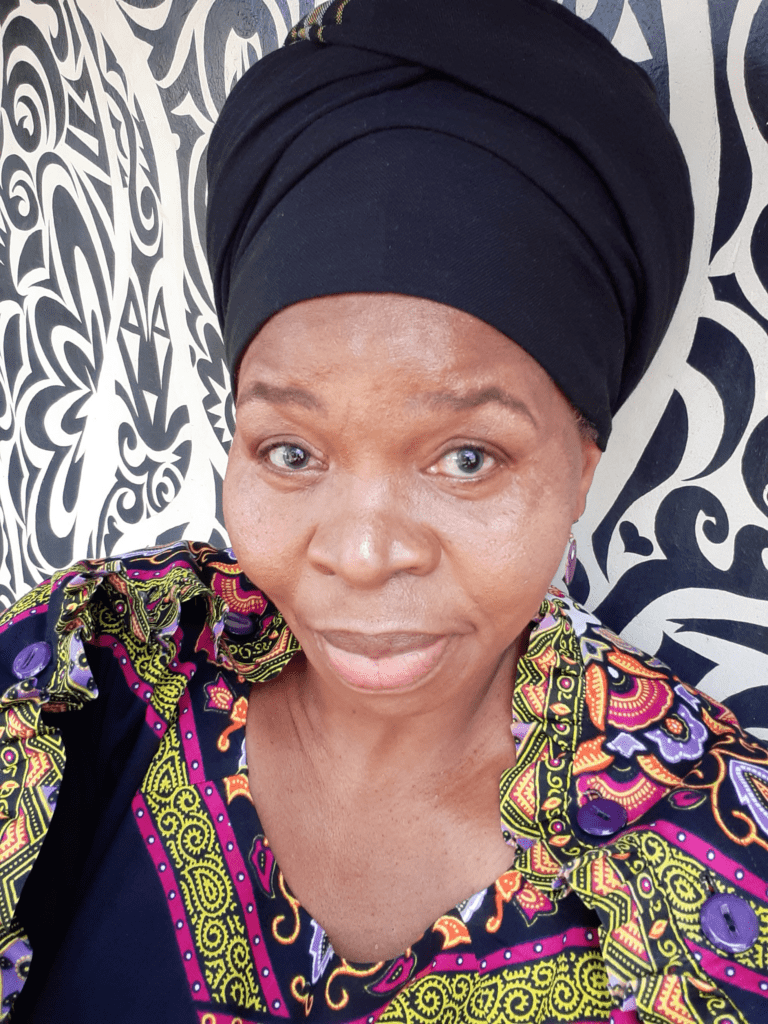 Makhosazana Xaba is currently a Research Associate at the Wits Institute for Social and Economic Research (WiSER). She has published three poetry collections: These hands, Tongues of their Mothers and The Alkalinity of Bottled Water. In 2019 she edited Our Words, Our Worlds: Writing on Black South African Women Poets, 2000 – 2018. Her poems have been translated into isiXhosa, Italian, Japanese, Mandarin, Turkish and Setswana. In 2014 her debut collection, Running and Other Stories was a co-winner of the SALA Nadine Gordimer Short Story Award. She is a patron of the Johannesburg Review of Books and holds an MA in Creative Writing (with distinction) from Wits University. 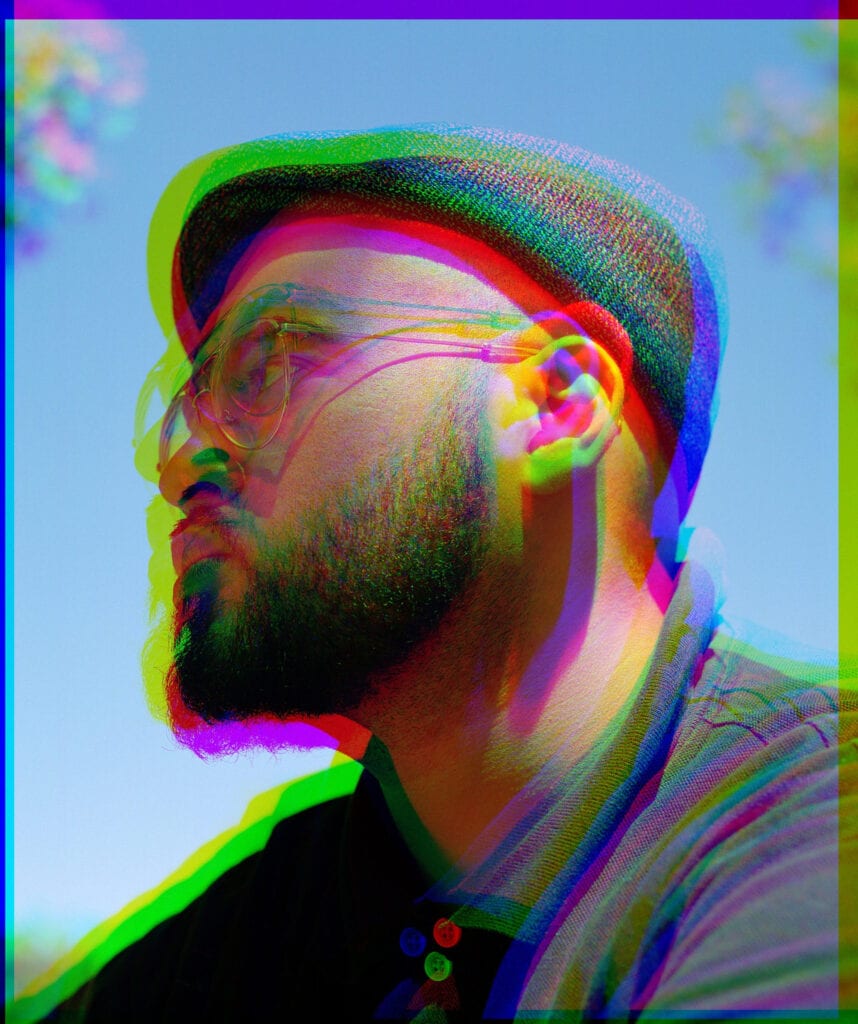 Adrian ‘DIFF’ Van Wyk is a cultural worker from Kuilsriver in Cape Town, working across artistic disciplines as curator, producer, writer and director. From 2011 – 2018 Adrian curated, produced and directed events for InZync Poetry NPO, a literary cultural non-profit organization. With InZync, Adrian has produced and directed over 70 shows for the poetry platform. In 2015, DIFF was nominated as one of 200 young South Africans by the Mail & Guardian newspaper for his work with InZync Poetry. Adrian is currently honing his skills as a visual narrator, focusing on local narratives that tell a global story. In 2019, Adrian contributed a chapter to the HSRC Press’ publication titled Neva Again – Hip Hop Art, Activism and Education in Post-Apartheid South Africa. 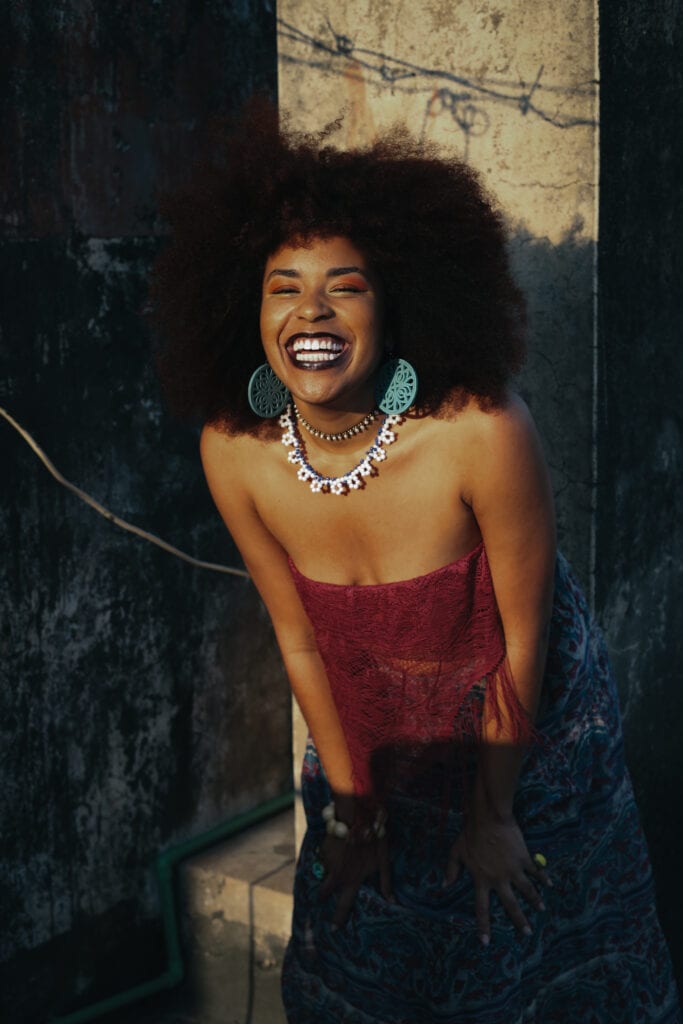 YURUNGAI (or from the Tupi Guarani linguistic matrix ‘Nhuru Nhanhungai’ means mouth that sings), is a singer, songwriter, Brazilian poet and currently resident in Mozambique. Her compositions speak about the experience of recognizing herself in the world, since she was born in a social context that ignores marginalized identities such as the “indigenous” – peoples originating
from the territory that is currently Brazil, and the African diasporic. Her lyrics speak of identity, or the lack of it. Most resent actuations: ‘Idealization and construction of the collective of African and Afrodiasporic women Basadi ba Minstu – currently resident in Maputo, February 2020. Artist residency at the Mafalala Museum, with the collectiveBasadi ba Minstu – Maputo, May 2020. P erformance Ethical Collages, Fernando Leite Couto Foundation – Maputo, August 2020. And Composition of voice – singing, poetics and mbira, for the feature film “Deus nos Acudi”, directed by Mozambican choreographer Pak Ndjamena – Maputo, September 2020. 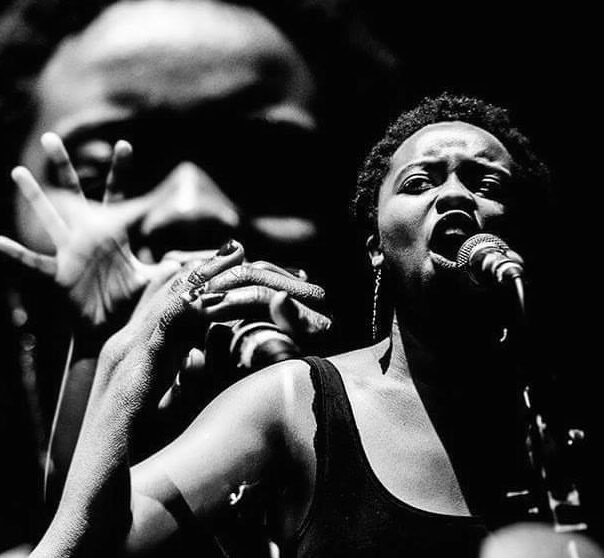 Lisette Ma Neza is known for her sharp pen and sweet voice. In her mix of poetry and music she searches for her own identity, her gender, her history and place in the world. In 2017 she became the first woman, the first person of color and the first Dutch-speaking Belgian Champion Slam Poetry. In 2018 and 2019 she travelled abroad with her performance, to become Vice-European Champion Slam Poetry in Paris and Vice-World Champion in Rio de Janeiro. She now travels the world like a troubadour with her music and poetry, and then returns home to The Netherlands. Her performances balance between painfully direct and amorous naieve and they often grab the audience by the throat. 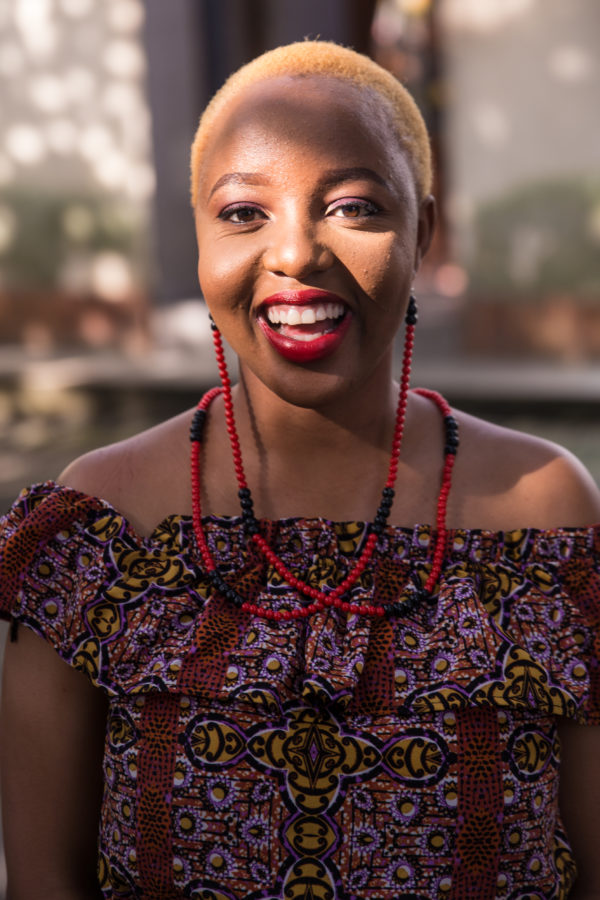 Busisiwe Mahlangu, born 1996, is a writer, performer and TEDx Speaker from Mamelodi, Pretoria. Her debut collection Surviving Loss has been adapted and produced for theatre at the South African State Theatre as part of the Incubator Programme 2018/2019. Mahlangu has toured and shared her work internationally including Washington DC, Sweden, Lesotho, Mozambique and Nigeria. Busisiwe currently runs her business Busi Creates, where she makes jewelry and beadwork. 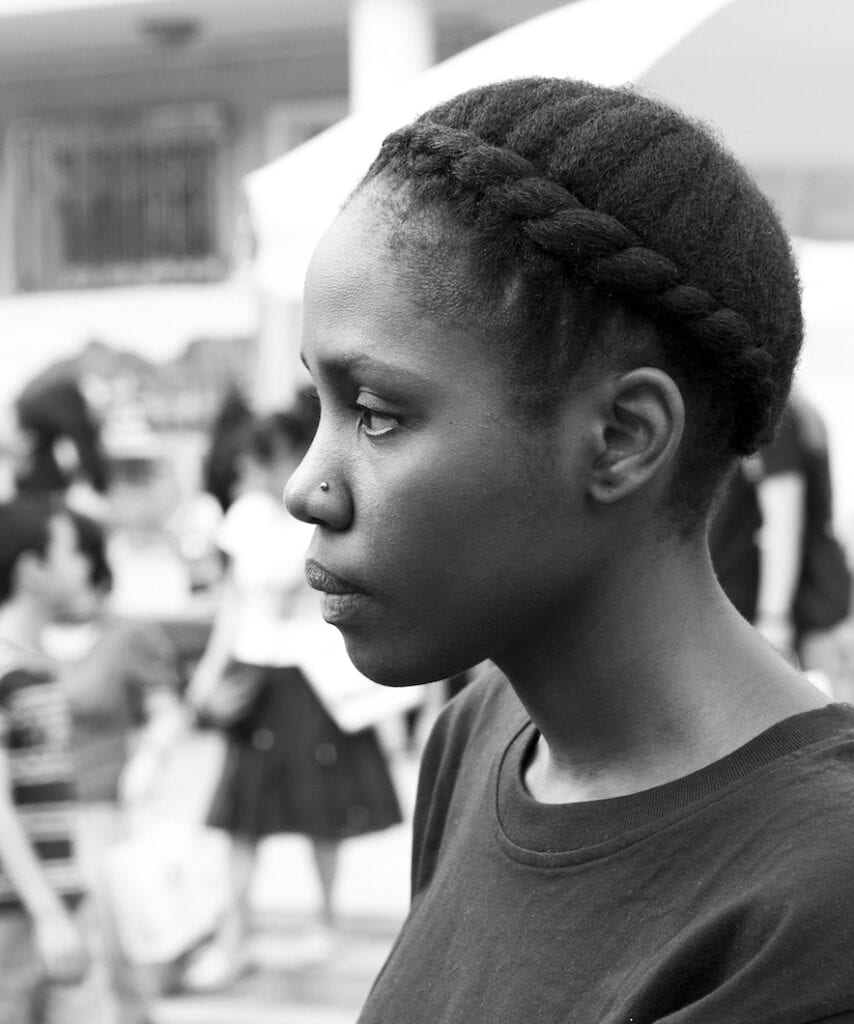 Lethokuhle Msimang is a South African poet and writer, born in Durban KwaZulu-Natal. Graduated with a BA in Literary Studies and Creative Arts at the American University of Paris, and an MA in Creative Writing at Rhodes University. Her poems have appeared in New Coin Poetry, Grocotts Mail, Hanging Loose, The Paris/Atlantic, Stanzas, The City Press, and more. She is currently developing a South African Oral History Project, presently focused on the documentation of the Delville Wood Memorial and the role of the South African Native Labour Corps. Her most recent efforts are towards completing a book of linked short stories: Tales of the Orange Time of Day. 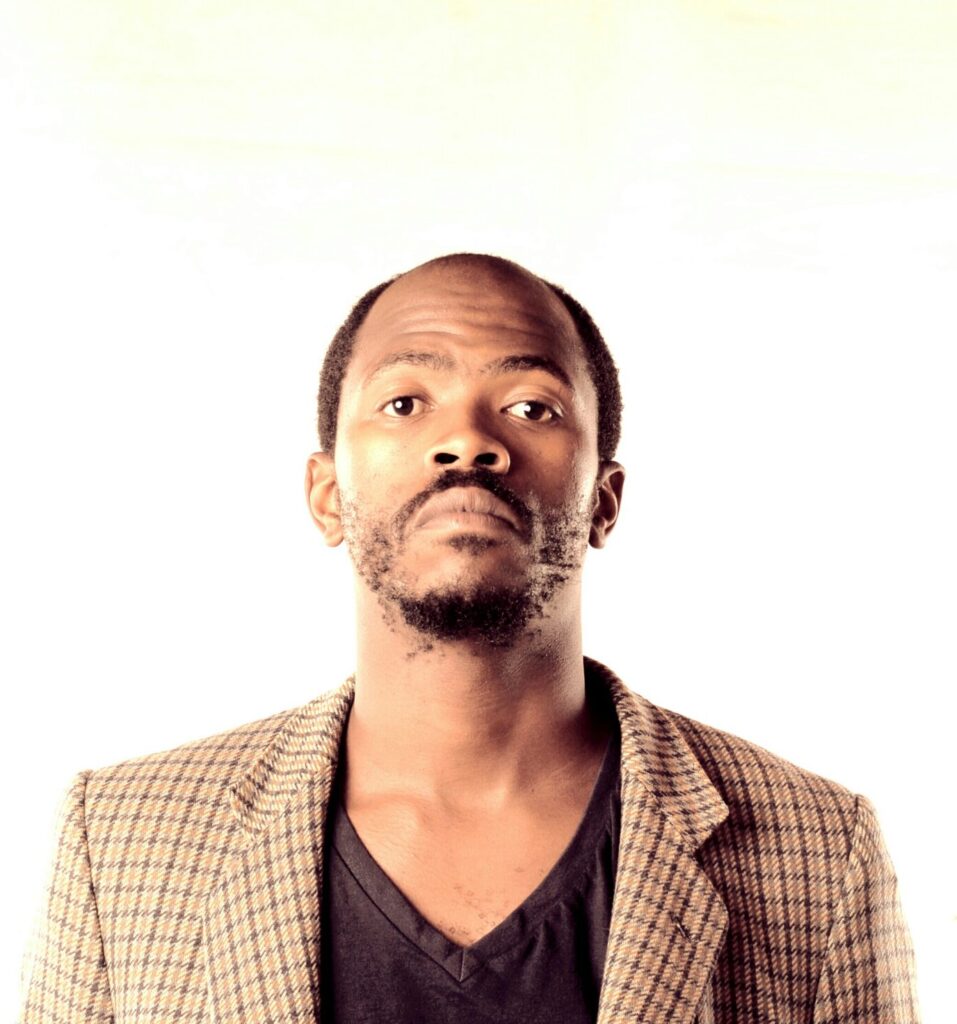 Sabelo Soko is a Johannesburg based writer and performer from eMkhondo, Mpumalanga. With over 16 years multimedia experience, Soko’s catalogue includes projects in film, advertising, studio records and stage productions. He is passionate about original stories and the preservation thereof. 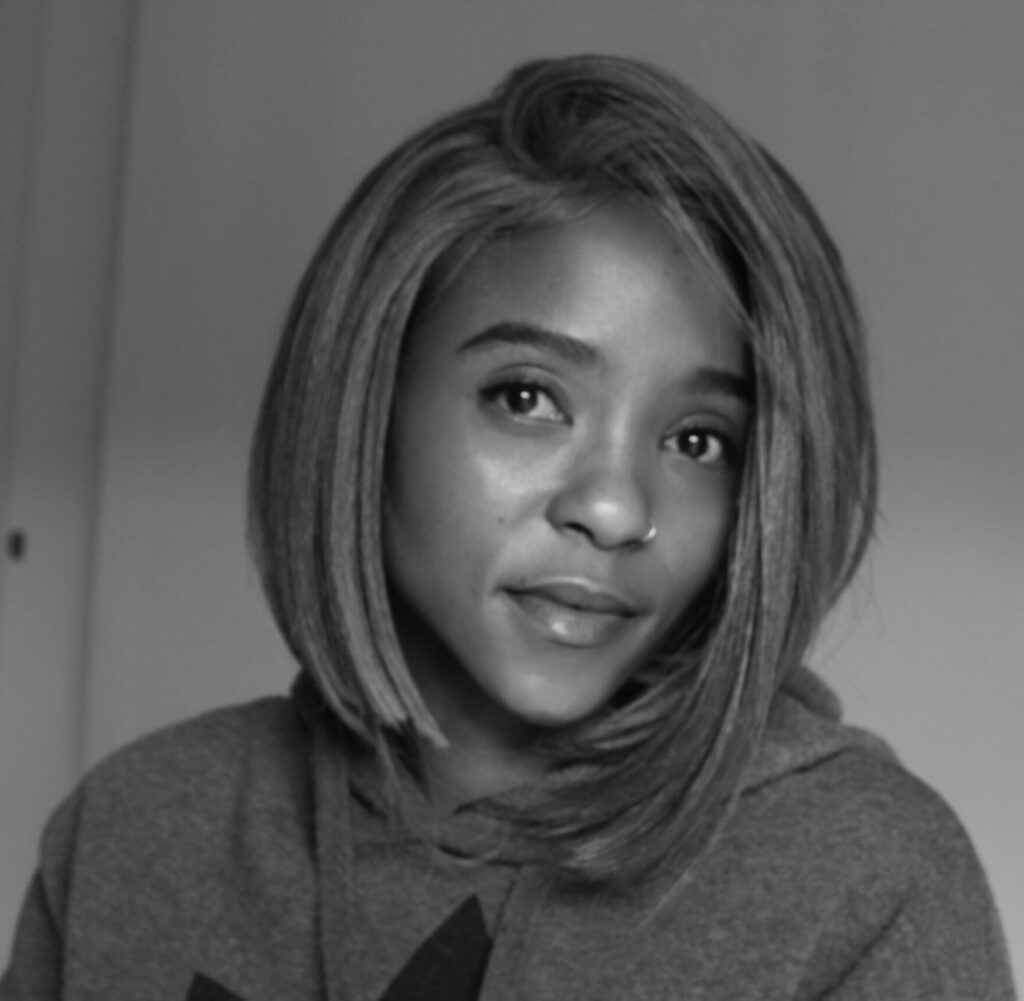 Vuyelwa Maluleke holds a Masters in Creative Writing [with distinction] from the University currently known as Rhodes. She is a Performance Poet, Scriptwriter and Actor, who holds a Bachelor of Arts in Dramatic Arts from the University of Witwatersrand. Shortlisted for the Brunel University African Poetry Prize in 2014, she is the author of the chapbook Things we lost in the fire . A slam champion of the Word and Sound 2015 Poetry league competition with an essay in the recent publication of Selves:An Afro Anthology of creative non-fiction 2018. She is also the co-creator of the choreopoem No one wants a black woman with a mouth (2016). 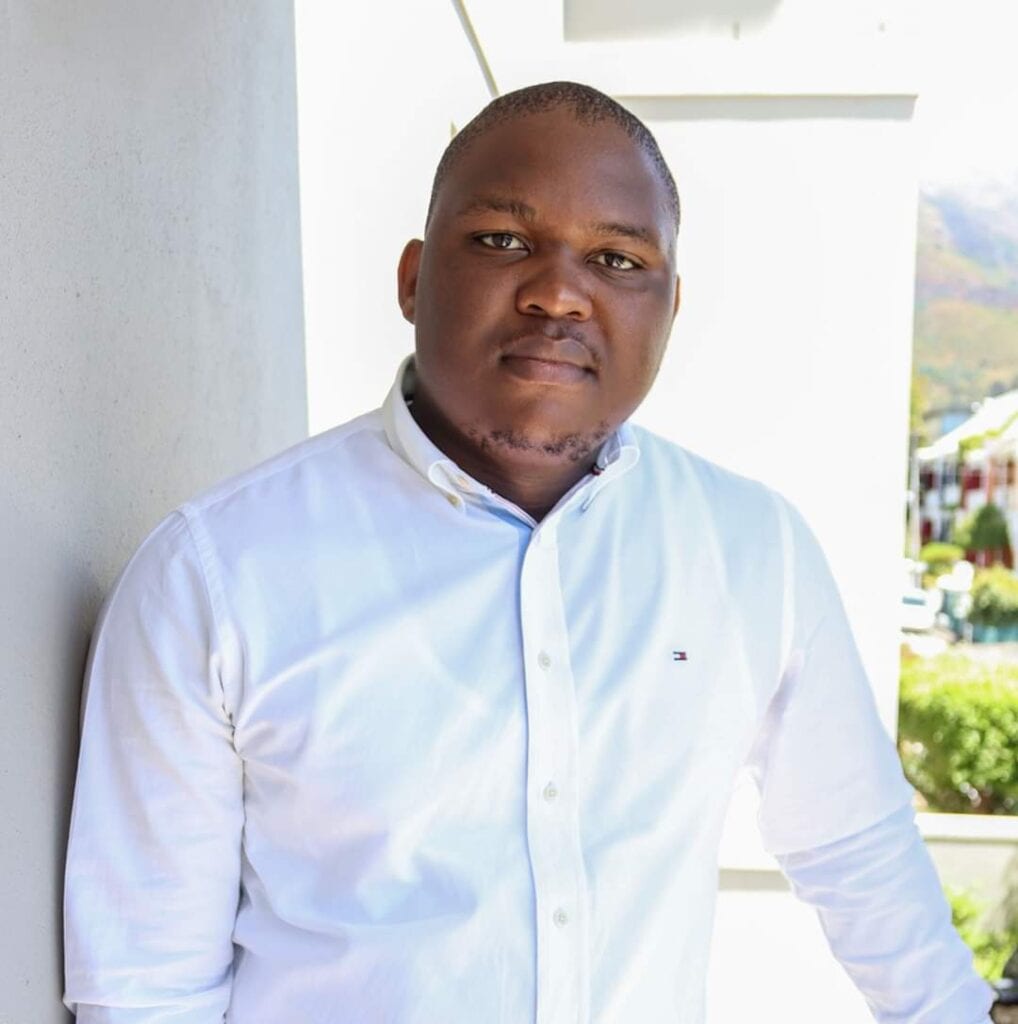 Musawenkosi Khanyile is a South African poet and clinical psychologist. He is the author of All the Places (uHlanga Press, 2019), a debut collection of poems that was shortlisted for the 2020 Ingrid Jonker Prize. His chapbook, The Internal Saboteur, was published by Akashic Books in collaboration with the African Poetry Book Fund as part of the 2019 New-Generation African Poets Chapbook Box Set: Sita. He currently lives in Cape Town. 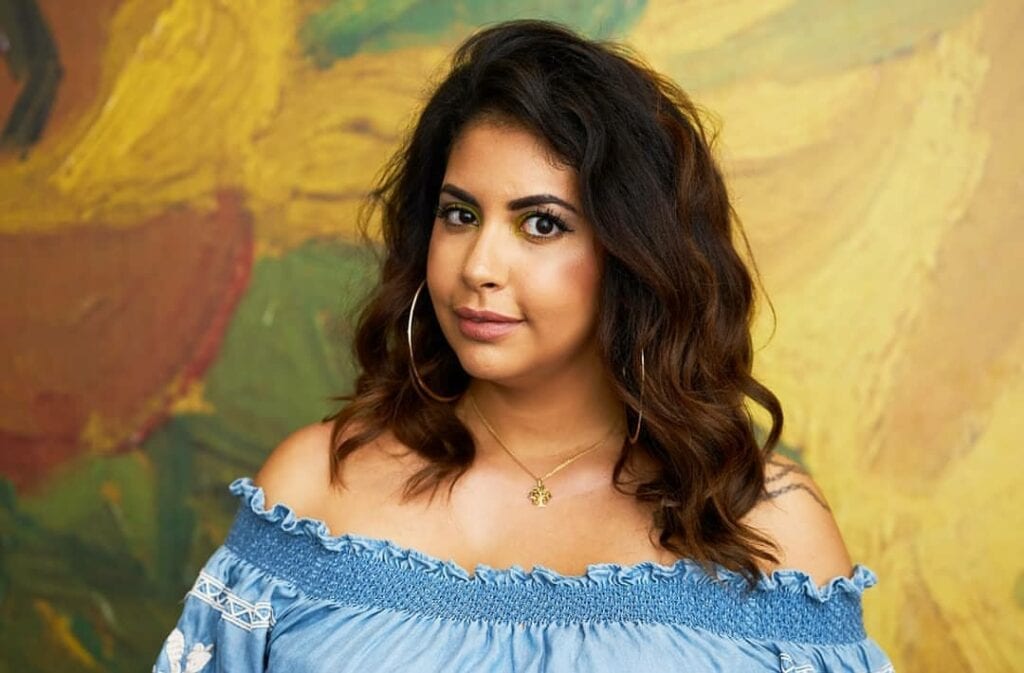 Rachel Rumai Diaz is a writer, poet, performance artist, cultural programme curator and teacher. She works for among others School der Poëzie, Amsterdam Public Library, Van Gogh Museum and the political foundation Stem op een Vrouw (Vote for a Woman). She is also the creator and founder of the feminist literary festival Zus en Zo (Sister and Such), a platform that focusses on intersectionality and modern sisterhood. In 2020 she was nominated by newspaper NRC Handelsblad as one of the 101 new talents in the cultural sector in The Netherlands and Belgium. Rachel is an all-round wordsmith, always in search of connecting art with activism. Both on and off stage she commits to raise awareness and make space for unheard voices. Because of her afro-latinx and Caribbean background she has a broad vision of the world and it’s different societies. She is therefore mostly interested in projects that shed light on heritage, identity, intersectional feminism and transcultural art. (📷 by Tomek Dersu Aaron) 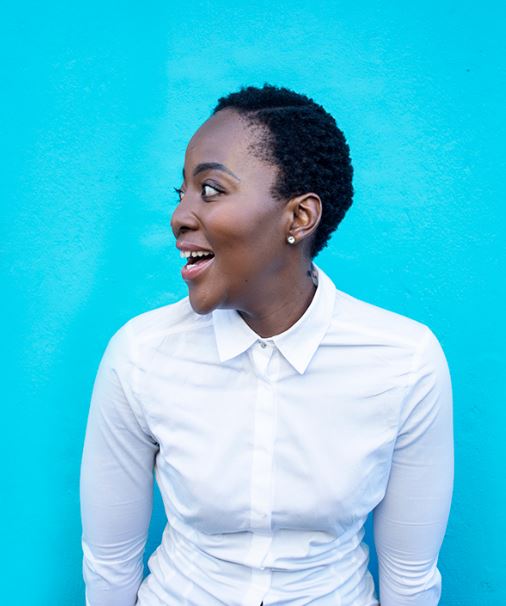 Zoya Mabuto is the Founder and MD of ZoyaSpeaks. She is a Professional Speaker, Facilitator and Public Speaking Coach. Her areas of focus are Leadership Development & Public Speaking and she works with individuals and organizational teams to assist them to harness their leadership and competitive edge. She is an experienced Facilitator in the following areas: Personal Mastery, Presentation Mastery, Leadership Development, High Performance Teams, Change Management. She is a member of the Duke Corporate Education Global Educator Network and is an Accredited Purposeful Teams Facilitator by Worldsview Academy.

Ode to the River, a poem by Vuyelwa Maluleke, was the starting point of this cross-country collaboration.

• Performance of Amalunde by Sabelo Soko