UNBOUND gives the stage to performers, writers and experts of all walks of life. To exchange ideas & stories – and change the world.

We are more connected than ever, but sometimes it’s hard to hear each other. Climate change, social unrest, institutional racism and a pandemic – global issues affect us all. Spoken word makes you listen to what’s going on. It’s an art form designed to directly address what’s happening in society. A tool to express yourself and touch others. A way to erase borders, share knowledge and start conversations.

‘If you want to know what’s going on in the world, listen to spoken word.‘

This preview edition of UNBOUND welcomes artists from everywhere between South-Africa, Brazil and Belgium & The Netherlands. The festival consists of 3 parts of 90 minutes. Each part is connected to a country or region, a specific theme and designed by our international curators. Expect performances, artist talks and roundtable discussions.

Which calling do they feel as narrators and interpreters of today’s world? What choices do they make in their storytelling, and why? What is the state of literature itself? And how does our Dutch literary landscape relate to that of other regions?

South Africa _ sickness (in a time of stillness)

vangile gantsho is a poet, healer and co-founder of impepho press. Unapologetically black woman, she has travelled the continent and the globe participating in literary events and festivals. gantsho is the author of two poetry collections: Undressing in front of the window (2015) and red cotton (2018). She holds an MA from the University Currently Known as Rhodes (2016) and was named one of Mail & Guardian’s Top Young 200 South Africans of 2018. Her latest collection, red cotton, an exploration of what it means to be black, queer, and woman in modern-day South Africa, was named City Press Top Poetry Read of 2018, and long-listed for the National Institute for the Humanities and Social Sciences 2020 Award. 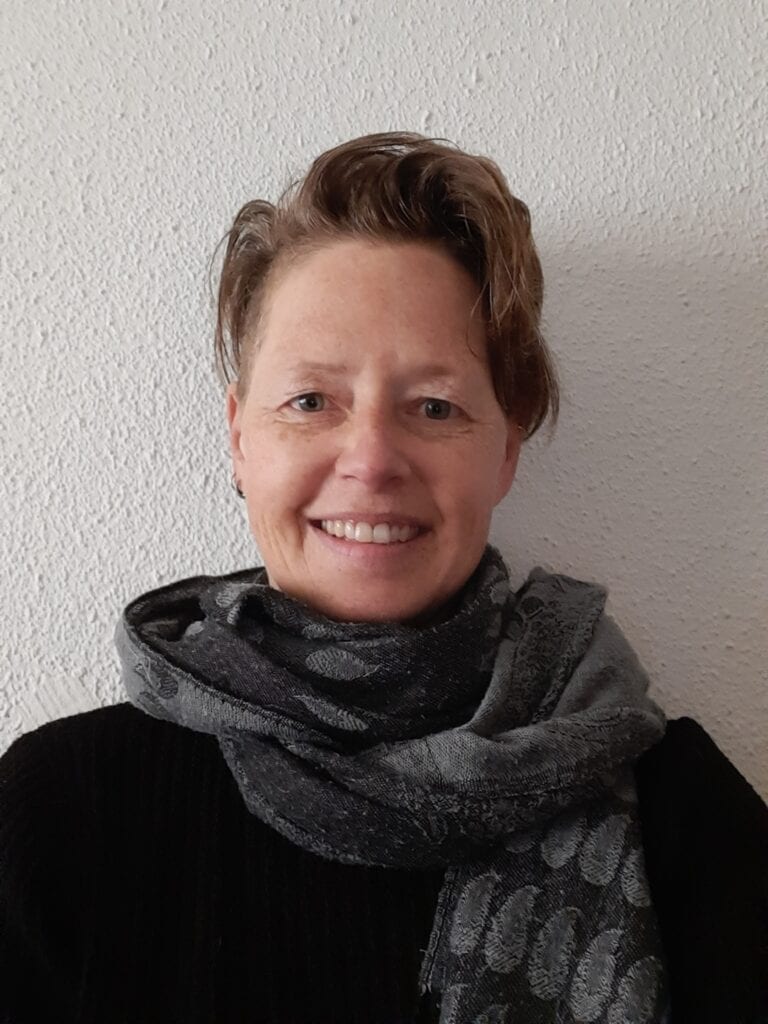 Frankie Murrey worked in the book business for years before becoming the festival coordinator of Open Book Festival, a five-day festival that takes place every year in early September in the heart of Cape Town, South Africa. In addition to putting together the festival’s core program, she worked closely with others for Cocreate Poetica, Comics Fest and the Youth Fest. She facilitated the Mentoring Program and the Open Book School Library Project. In 2015, her work was awarded the Chevalier de l’Ordre des Arts et des Lettres. She resigned from Open Book Festival at the end of 2019 and has since been working as curator/project manager on various events.

The Netherlands & Belgium _ language in movement 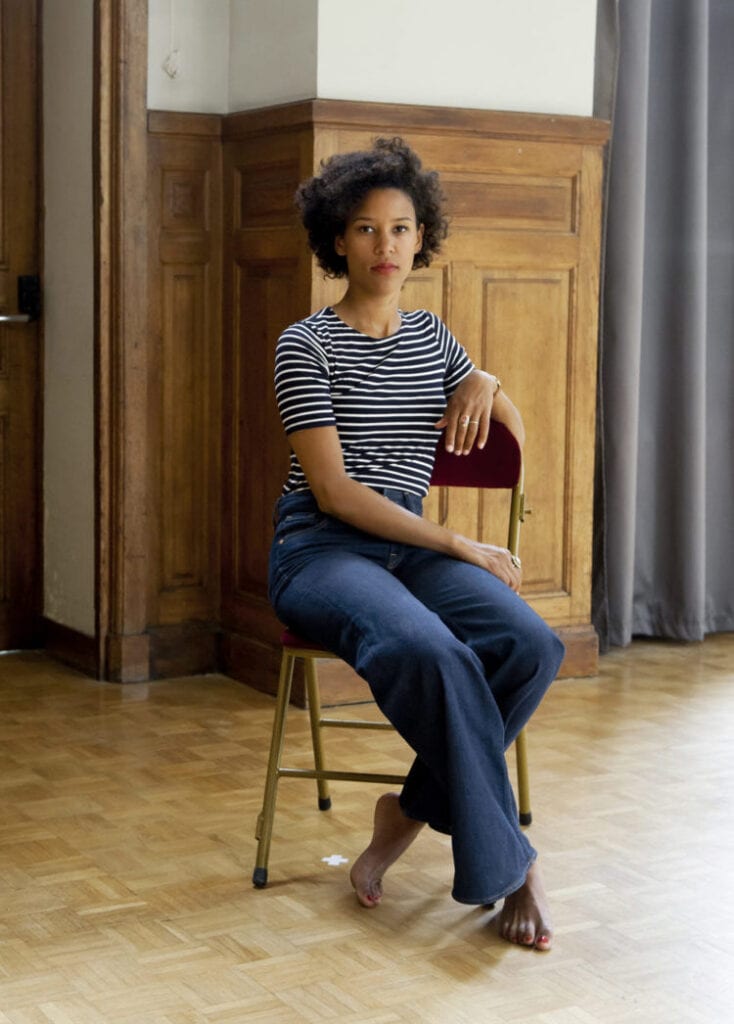 Emma Lesuis tells stories through text, images or the stage. She prefers to combine the different disciplines in documentary performances. Her work has been shown on Canvas, NPO, Oerol, De Correspondent, Brainwash and various festivals. Besides film, she writes and presents. She is currently researching a new documentary in collaboration with Docmakers / HUMAN. For this she won the Karen de Bok Talent Award at IDFA 2019. She toured the theaters with her performance Aardappelbloed, in collaboration with Via Rudolphi. 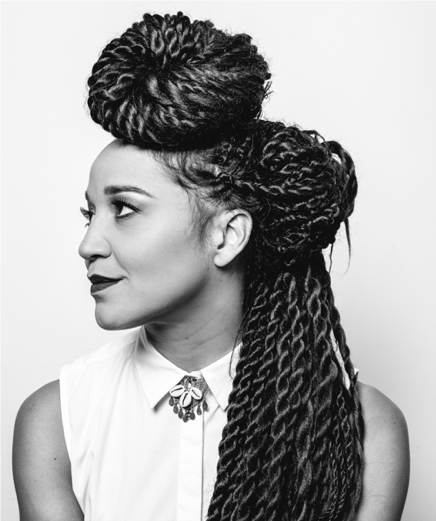 Roberta Estrela D’Alva is a poet and slammer, actress-MC, director, researcher, cultural producer and the driving force behind Rio Poetry Slam, an international event inside Festa Literaria das Periferias (FLUP). She studied Performing Arts and Communication & Semiotics, is one of the founders of Núcleo Bartolomeu de Depoimentos, Brazil’s first hip-hop theater company and published the book Teatro Hip-Hop, a Performance Poética do Ator-MC. She has been a Brazilian pioneer in poetry slam since she founded the ZAP! Zona Autônoma da Palavra in 2008. Roberta organizes the Brazilian national poetry championship SLAM BR and travels the world as a guest at literary events. With Brazilian filmmaker Tatiana Lohmann she wrote and directed the awarded documentary Slam: Sworded Words (2017). She’s the host of Manos e Minas, a weekly TV-show about youth and urban culture, broadcasted by the Brazilian channel TV Cultura.

UNBOUND is an initiative by Babs Gons, organised by De Nieuwe Liefde & SLAA, supported by the Dutch Foundation for Literature, Lirafonds & Hear My Voice. 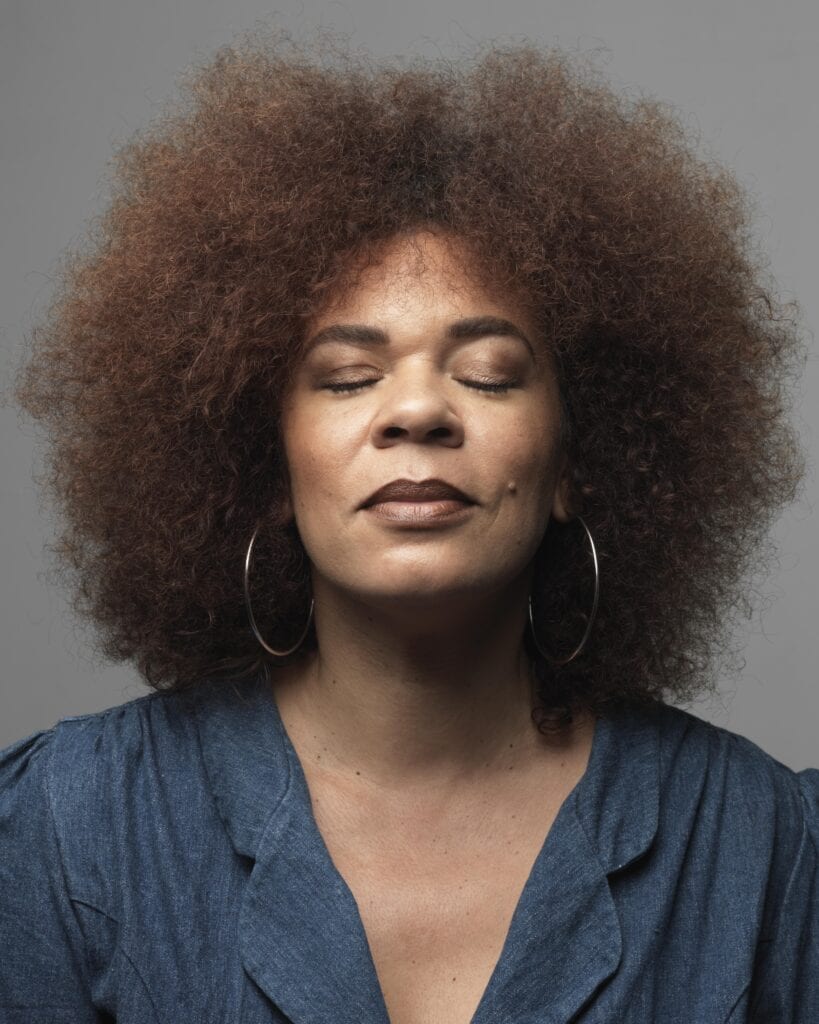 Babs Gons is a writer, performer, host and teacher. She is the driving force behind countless spoken word initiatives in the Netherlands. She performs at festivals, literary programs, museums, debate centers and libraries, reads on radio and television and has traveled with her work to South Africa, Sudan, Curaçao, Suriname and Brazil. She has her own performance collective, De Vurige Harten Club, with which she creates short, powerful performances around all kinds of themes, for different spaces and occasions. She was a jury member of the J.M.A. Biesheuvel Prize, the Great Poetry Prize and the Annie M.G. Schmidt Prize. In 2018 she won the Black Achievement Award for Art and Culture and in the spring of 2019 Hardop was published by Atlas Contact, a collection compiled by her with the work of 18 Dutch spoken word poets. Babs writes articles and is a columnist for Het Parool, among others. Photo by Annaleen Louwens.